Drug users know where to work (and NOT)

Is your company or organization an “Employer of Choice” for drug users?

A few years ago, I began working with a client that was the largest nursing home in the state. They performed no drug testing.  No pre-employment, post-injury, reasonable suspicion, or random testing.  None.  Their insurance costs were through the roof.  They also had many problems with the Department of Health due to resident assaults and abuse.  Among other background screening and drug testing improvements, I recommended that pre-employment drug testing be conducted for all prospective new hires.  The CEO asked why? I simply replied, “you are the employer of choice for drug users in your area since you have no pre-employment drug screening controls in place.”  It was a Eureka moment for him.  They were the largest employer in the area – with no drug testing at that time.  Today their workers compensation insurance costs are over $2,000,000 lower.  Yes, 2 million.  They also have a lower turnover rate and onboarding costs, not to mention fewer Department of Health issues. There is appropriate employment for those who use drugs.  Taking care of the elderly is not one of them.

C-Screen lets you see how employers screen their employees, including which employers drug test and which do not. Click here if you would like to learn more and receive a complimentary report.

Know who you’re dealing with. 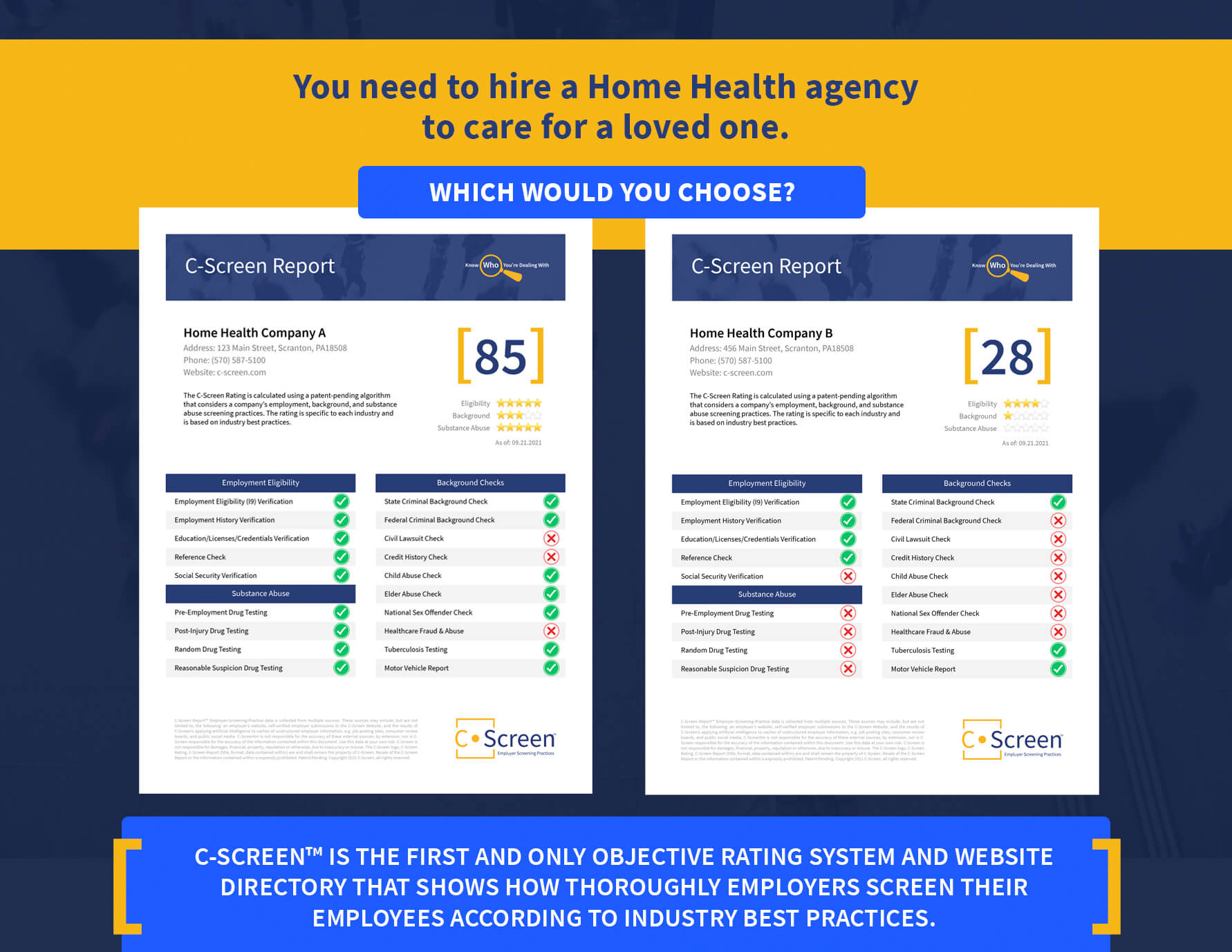